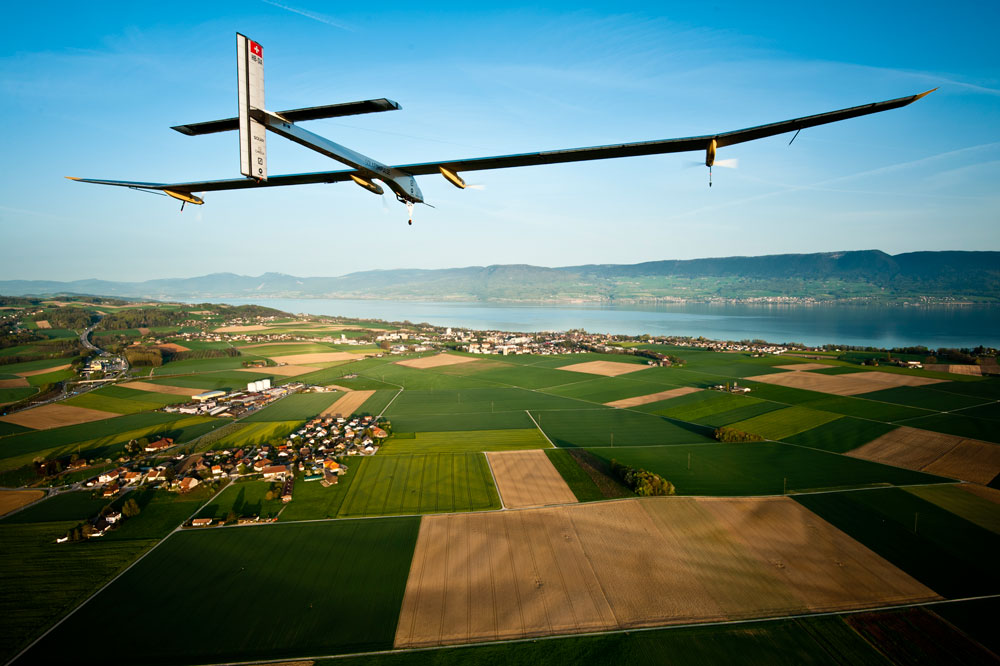 If you follow news about sustainability and solar energy, you’ve probably heard of Solar Impulse.

This 100% solar-powered airplane is hoping to make its way around the globe using no fuel.

So what does something like this mean for the future of renewable energy?

Originally the Solar Impulse Project was started in 2003. The prototype design was constructed from 2006-2009 and took its first flight in 2009 with a cross-country flight in America in 2013.

The one making headlines at the moment is Solar Impulse 2, the second incarnation of the energy efficient project. Today it completed the first leg of its around-the-world flight, traveling from Abu-Dhabi to Oman.

With a wingspan of 236 feet (slightly less than that of an Airbus A380, the world’s largest passenger plane. It only weighs 5,100 pounds, a bit more than the average automobile and flies at an altitude of 39,000 feet during the day when sun rays are strongest.

So How Can This Impact Solar Energy Overall?

The idea behind the Solar Impulse Project is to draw public attention to sustainable energy sources and innovation. The success of the first leg of its flight is a huge step because it showed that solar power is the future. The fact that there have been previous successful flights with both the Solar Impulse 1 and Solar Impulse 2 across the USA. On

With so much buzz about this sustainable project, the not-so-distant future of renewable energy is in focus which is great because it means that people are paying attention!

The plane took off for the next leg of its flight today and live updates are being posted on the official site and the twitter account.

Stay tuned for more news about the project and what it means. And for more energy efficiency news, be sure to check us out on Pinterest and twitter!