Addressing Energy Concerns in Your Home

It’s an interesting phenomenon that sometimes the things that are intended to be better for the environment or better for your health are often more expensive and more difficult to come by than the cheaper, but less responsible alternatives. Obviously, paying more for a luxury version is one thing, but what about when it comes to responsible and cleaner energy? Renewable energy costs more and may be harder to find than traditional fossil fuel sources. Utilities don’t offer a “clean” energy option, and in many areas there aren’t several utilities to choose from. This leaves those with concerns about their impact on the environment to their own devices to figure out how to be more responsible with their energy consumption—not always the easiest or most convenient task. 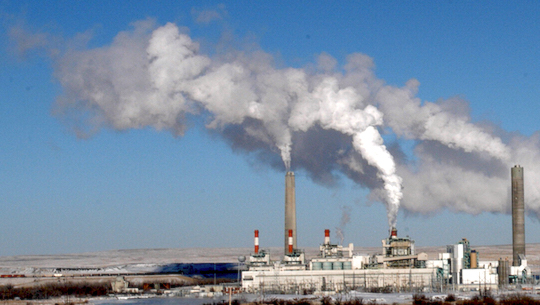 According to recent surveys, 80% of Americans in the Boston area stated that they would prefer to increase the use of solar energy and reduce dependency on oil, coal, natural gas and nuclear power sources. Concerns are more about the environmental effects of these energy sources and less about the cost of more responsible energy. When surveyed, this same group answered that they would like solar and wind energy to be easier to afford, but given the option, they would pay more for the cleaner source of electricity.

For many, their desire to help the environment may outweigh concerns over cost, but many do not have that option. Even if they were willing to pay more, the fact is there sometimes just isn’t an alternative to the main Electric company in town. Renters don’t have the option to go fully off-the-grid with solar panels, and the expense to install them isn’t something everyone can afford.

Awareness about the most common means of generating electricity (natural gas, coal, nuclear energy) and what these do to the environment, but lack of an affordable alternative to them leaves some in a tricky position.

The easy solutions are the most obvious, but may not be the most available. Meaning, if you’re a homeowner who can afford to invest in solar panels and go off-the-grid—that’s the best solution. Or, if you live in an area with options for alternative energy besides fossil-fuel power plants—go with the alternative. But let’s say you’re a renter living in a city with only one electric company. Whatbright-solar-panels then? 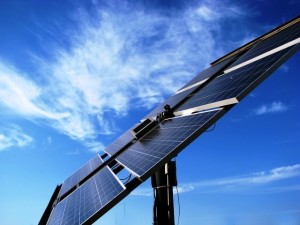 Having the goal of lessening your negative impact on the environment in terms of the size of your carbon footprint comes with an obvious solution of its own: use less electricity. Sure, it’s not the same as using no fossil fuels, but it is a start and for most it is the only viable solution. Turn off lights when you leave a room, only turn on the ones you need to begin with, pay attention to sources of energy waste and clamp down on them. We have several other articles with tips on reducing energy waste that you can refer to for ideas.

Next, focus on improving the efficiency of your home’s appliances. You can be militant about turning lights off and see some improvement, but replacing incandescent bulbs with compact fluorescents is still going to push that further because they are more efficient. This also goes for inefficient appliances, air conditioners that haven’t had a tune up in years, etc. One way to address inefficiency is with the use of a power factor correction device, such as the Electric Saver 1200. This device acts as a capacitor (like the ones the electric company uses on their grid) to reduce line loss, or the loss of electricity when it runs through a wire. Installing one of these energy saving devices at your home’s main electrical panel, or if needed at the load itself, can save up to 25% of wasted electricity.

Beyond this, you may need to swap out old model appliances for newer, more efficient ones or even perform what’s called an “energy audit” where key components of your home are evaluated as to how they measure up in terms of energy saving. Insulation, windows, leaky faucets that unnecessarily kick on your water heater, among other things, are all checked so you know what to address to improve efficiency. 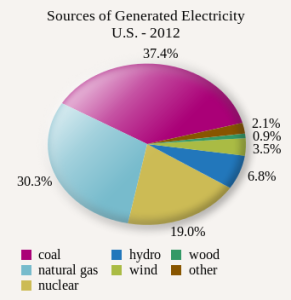 Maintaining awareness about other aspects of your life is also a key factor in the grand scheme of things. Yes, saving electricity at home is great and should definitely be done. Then extend that to your habits at the office. And recycling. And fuel consumption in your vehicle, if you have one. These things are not mutually exclusive. The goal of a cleaner energy and a cleaner earth requires action in many different spheres. Here’s to a cleaner world!