Earth Day – A is for Alternative Energy

In our second installment of Earth Day blog posts, we’ll be talking about alternative energy and how it plays a vital role in changing our impact on the planet.

They are alternatives to traditional means and methods of generating electricity, which rely on burning fossil fuels (natural gas, coal and oil) which are non-renewable resources.

How Much Fossil Fuel Can Be Saved By Using Alternative Energy?

Fossil fuels come from the earth and are not able to be regenerated or renewed. That means that when we’ve used them up, they’re gone. Alternative energy makes it so that electricity can be generated without using up these precious resources.

Electricity is an unavoidable necessity. Homes and businesses in the United States used 4,686,400,000 mega-watt hours of electricity in 2013 alone. Let’s take a look at how much is required to generate electricity. A mega-watt hour is one thousand kilowatt hours. 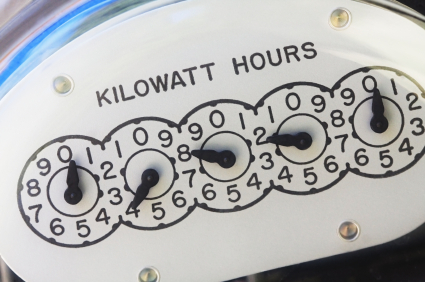 Per recent statistics, to produce just one kilowatt-hour takes:

So, a kilowatt hour requires:

Multiply that by the demand for electricity by the US alone and you can easily see the importance of finding alternative sources of energy generation!

Alternative energy sources are renewable. The light from the sun shines every day and can be harnessed by solar panels to make enough energy to power an entire home. Hydro power is used by many utility companies to generate electric current using the power of rushing water, that can be used again and again to create energy.

Alternative Energy Sources On the Rise

Alternative energy sources have been increasing in use over the last several years. There are over 17,500 megawatts of solar electric capacity operating in the U.S., enough to power more than 3.5 million American homes. And solar energy is increasing in popularity exponentially year by year.

Solar panel systems are becoming more and more affordable and accessible to the average household which is vital to widespread use of solar energy to power homes. In the past, the expense and lack of availability this method of energy was a stumbling block to it being used by most households and families but that’s no longer the case.

Similarly, hydro power is used by many utilities to provide electricity to millions of homes in the United States.

What’s great about the use of alternative energy sources by utility companies is that they tie right into the grid and make it so that each household is being powered using less fossil fuels, without having to install any special hardware or make any major renovations.

This Earth Day, we could all stand to look into ways to improve our energy usage and start looking into using alternative means of energy!